The surest way to confirm a pregnancy is to take a pregnancy test. Many women suspect they are pregnant before getting a positive pregnancy result. Some of the early signs of pregnancy include:

any sexually active women within childbearing age may suspect pregnancy when a week or more has passed without the start of an expected period. Although pregnancy is by far one of the most common reasons why a woman might miss her period, it is not the only reason. Other reasons why a period can be late include medication, weight changes, recent illness, perimenopause, menopause, breastfeeding, changes in schedule, stress, and ectopic pregnancy.

more pregnant women complain of extreme fatigue and sleepiness during the first trimester of pregnancy. This is due to changing pregnancy hormones. Most women will feel their best during the second trimester, and by the last trimester, they may be back to feeling wiped out. Although fatigue is common in early pregnancy, other causes of fatigue can include anemia, hectic schedule, depression, hypothyroidism, and infection.

an increase in urine is often an early sign of pregnancy. As the amount of blood flow in your body increases during pregnancy, the kidney works to process more of that volume leading to increased urination. Other causes of increased urination include diabetes, infection like urinary tract infection (UTI), overactive bladder, irritation to the bladder, and injury to the bladder.

sometimes the first indication of pregnancy might be unusual moodiness. Pregnancy comes with hormonal surges, and this can make you usually emotional or even have mood swings. Some pregnant women report being weepier that usual even before they knew they were pregnant. Other conditions that can cause moodiness include sleep deprivation, low blood sugar, thyroid problems, stress, medications, and menopause.

one of the most common signs of early pregnancy is light spotting. This typically happens about 10-14 days after conception and is known as implantation bleeding. Not everyone experiences this. When it does occur, implantation bleeding happens around the same time as an expected normal period and is a strong indicator of a possibility of pregnancy. Other causes of light spotting can include use of hormonal birth control, ovulation, perimenopause, uterine polyps, vaginal or cervical trauma like a pelvic exam, pelvic inflammatory disease, and sexually transmitted infections (STIs).

this is typically an early sign of pregnancy. The hormonal changes in early pregnancy make the breasts, especially the nipples, more sensitive and sore. As your body gets uses to the hormonal fluctuations, the discomfort from the tender breasts will become less noticeable. Other causes of tender breasts and nipples include skin conditions, breastfeeding, menstrual period, and infection of the milk ducts (mastitis), especially in breastfeeding women.

this is common for most pregnant women due to increased sensitivity to taste and odor. Certain foods might smell and taste differently, thus causing you to avoid them. Food aversion, just like most other early signs of pregnancy, is hormone-related. Other causes of food aversion include prior bad experiences with that food type, anorexia, bulimia, infections, morning sickness, liver failure, motion sickness, and chemotherapy.

nausea with or without vomiting can occur in the first few weeks of pregnancy. However, for early pregnancy, nausea without vomiting (morning sickness) can be an early sign of pregnancy and this can be traced to hormonal changes. Not everyone has nausea during pregnancy. For those who do experience nausea, it frequently occurs in the mornings and nights and starts about 8 weeks into the pregnancy. Other causes of nausea include viruses, food poisoning, motion sickness, gastrointestinal disorders, stress, and anxiety.

although not as common as other early signs of pregnancy like a missed period, tender breasts, moodiness, food aversion and light spotting, nasal congestion can occur in early pregnancy. The increase in blood supply and hormonal fluctuations that happen in early pregnancy can lead to a runny and stuffy nose. Other things that can cause nasal congestion include cold, flu, allergies, hay fever, environmental irritants, chemical exposures, and chronic sinusitis.

uterine cramping can occur in early pregnancy due to many factors including implantation and constipation. Once pregnancy occurs, the uterus begins to expand and grow, and this can lead to discomfort especially in the lower abdomen. Infrequent and mild pregnancy cramping is common and can lead to stretching and pulling that might seem similar to menstrual cramps. Other causes of cramping include sex, exercise, gas and indigestion, constipation, and implantation bleeding. If you experience any cramping that worsens with time, occurs at regular intervals, and is accompanied by vaginal discharge, be sure to see a doctor as this could be signs of more serious problems like ectopic pregnancy, bladder infection, urinary tract infection, or miscarriage.

People often wonder if it is possible to hear the baby’s heartbeat in early pregnancy. A fetal heartbeat can first be detected through transvaginal ultrasound as early as 5 to 6 weeks after the first day of the last menstrual period. This is also around the time the developing embryo, also known as a fetal pole, can be seen. Once this heartbeat is detected, the chance of a successful pregnancy increases significantly. The risk of miscarriage diminishes to around 3 percent, especially if the fetal heartbeat was detected closer to around 8 weeks.

With practice and experience, you can also use a doppler meant for home use around this early pregnancy period to listen to your baby’s heartbeat. However, if you do decide to use a home portable fetal doppler to monitor your baby’s heartbeat, for safety, be aware that the ease of tracking your baby’s heartbeat consistently with a home doppler can also depend on the same factors as the doppler used in your doctor’s office – accuracy of due date, positioning of the baby, weight, and many other factors. 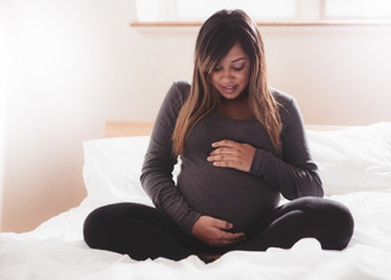 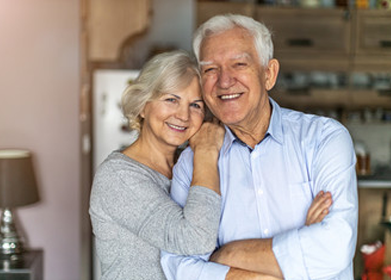